Apple promised to enter new categories in 2015 and they did not disappoint. What was surprising was the sheer number of new and upgrades to existing products. They released new products throughout the year. Here is are a few of the banner 2015 releases:

January saw the release of OSX 10.10.2 and iOS 8.1.3 but most importantly was the release of the all new Macbook. Thinner and slimmer than ever before, this was a controversial product due to the single USB-C port. Apple also made sim free iPhone 6’s available in the US for the first time. 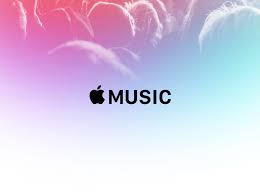 The Apple Watch was released in April. After a lot of hype and media events, people could finally get their hands on the highly anticipated Apple Watch. This month also saw shipping begin for the new Macbook.

In May Apple updated the Macbook Pro 15 models to include force touch just like the 13 inch model two months back. The iMac with the 5K screen got updated internals along with the release of the iPhone 6 lightning dock.

These are just a few of Apples many releases this year. In the next post we will cover the rest. This will include the iPhone 6S, the iPad pro and Apple Music.